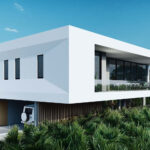 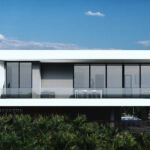 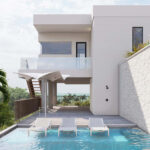 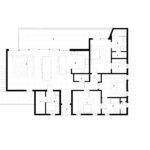 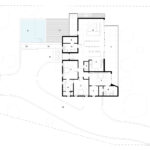 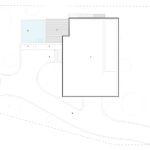 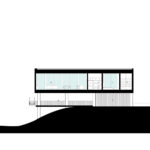 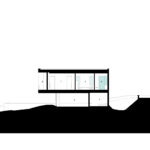 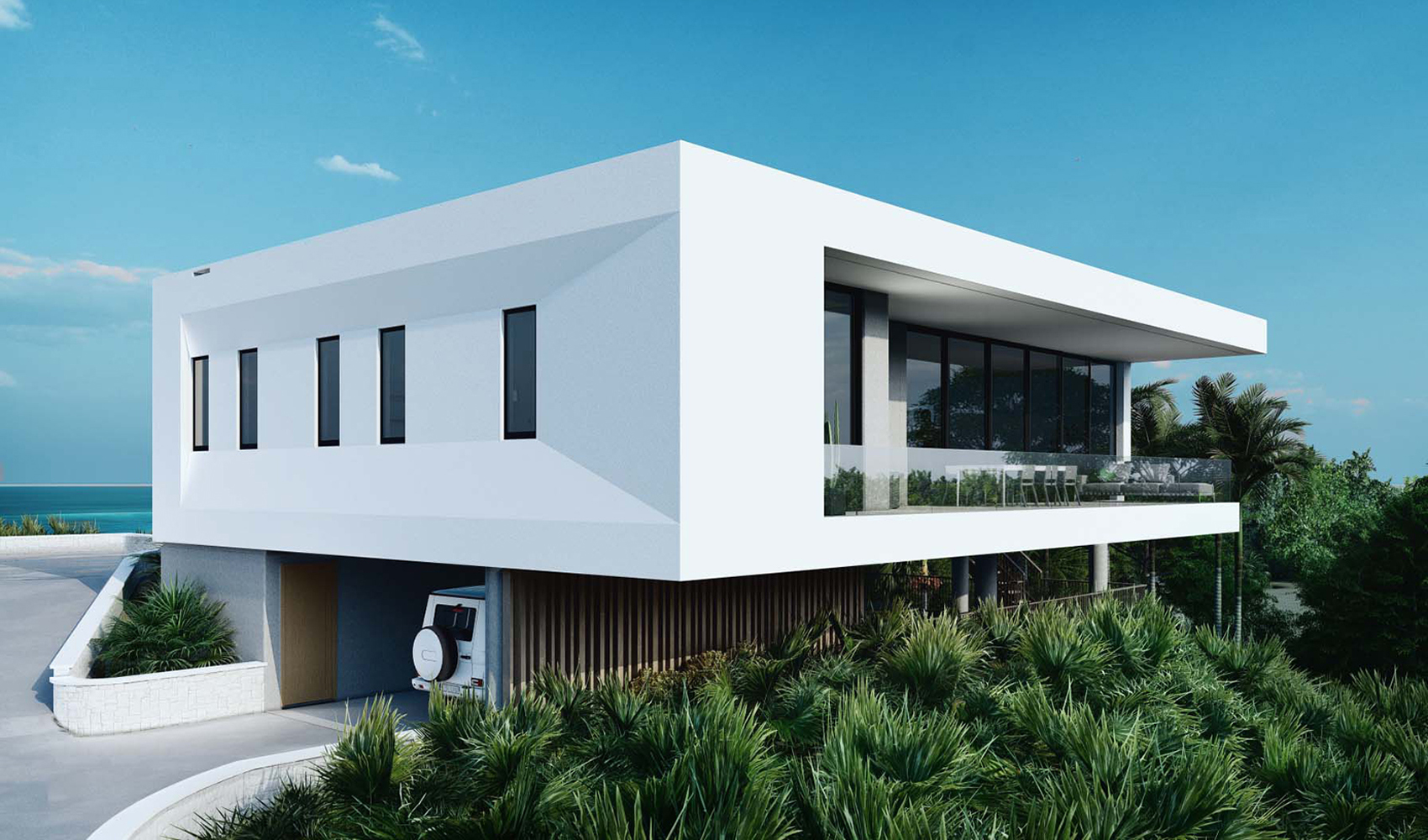 This site is located on a steep hill in Chalk Sound.  Our design proposes a living area, which is connected at one end to the top of the hill.   At the other end, the slab extends out and floats on columns above the landscape.

Below the floating slab is a dramatic outdoor space, including a covered terrace and a pool which overlooks the Ocean. The house has around 3,000 sqft of AC space and consists of four bedrooms three bathrooms and a garage.

During this design process, it was a great pleasure to study the work of Judith Chafee.

One notable example was the Rieveschl House built in 1988 at 7046 North Javelina Drive, in Tucson. The house set on the hillside, on the edge of the Santa Catalina Mountain range. The building utilized exposed concrete structural systems and glass to create an honest form that seems to float above the Sonoran Desert.  The large house is an architectural masterpiece that elegantly marked an end of the era in architectural history.  Her worked was born out of the inspiration and blend of the rather incongruent mix of the Brutalist Movement and native Tohono O’odham shelters.

A pioneer in the male-dominated field, she kicked off her career working for some of the era’s preeminent modernists, including Eero Saarinen, Paul Rudolph and Edward Larrabee Barnes, as well as with The Architect’s Collective, founded by Walter Gropius.

In 1970, at the height of her career, she returned to Tucson, where she focused her design on residential buildings that showcased deep connections to the landscape. She once told a reporter for the Arizona Star, “My perception of what should be built in the desert stems from having grown up in the desert”.